comScore has released its monthly analysis of U.S. web activity at the top online properties for April 2012 based on data from the comScore Media Metrix service. Traffic to General News sites picked up in April as Americans sought the latest in current events, while Beauty and Style sites gained as consumers browsed the season’s latest fashion trends.

“The General News category reached an all-time high in April, reaching nearly 5 out of every 6 U.S. Internet users during the month,” said Jeff Hackett, executive vice president of comScore. “Beauty and Style sites also surged in popularity as Americans checked out the latest spring fashions and style ideas.” 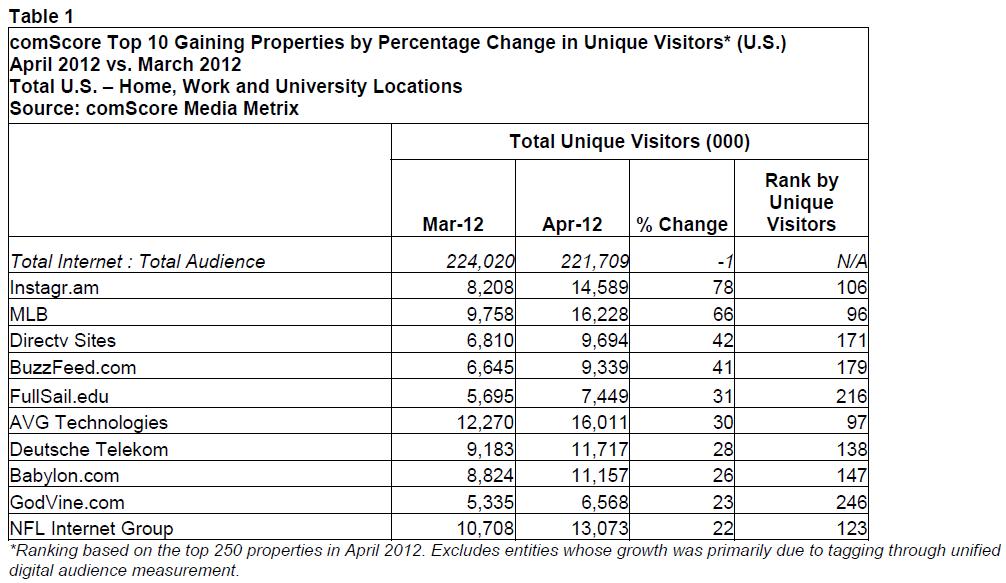 Google Sites ranked as the #1 property in April with 189 million visitors, followed by Microsoft Sites with 171.2 million, Yahoo! Sites with 170.9 million and Facebook.com with 158.7 million. Glam Media climbed 3 spots to #9 in the ranking, while Tumblr.com earned a spot on the chart for the first time at #47 with 23.5 million visitors.