Germany-based Facebook application metrics provider AppStats has come up with an interesting report in which it analyzed the top social games in 2012 and what more interesting it notice that Zynga is both the biggest loser as well as the biggest winner of the year. The provider founds that Zynga has lost over 19 million daily active users which is spread over the course of 7 games while on the other hand, Zynga’s Farmille 2 game is the biggest gainer of the year with having over 8.4 million new daily active users since from the time it released. See the list yourself below featuring both winners and losers: 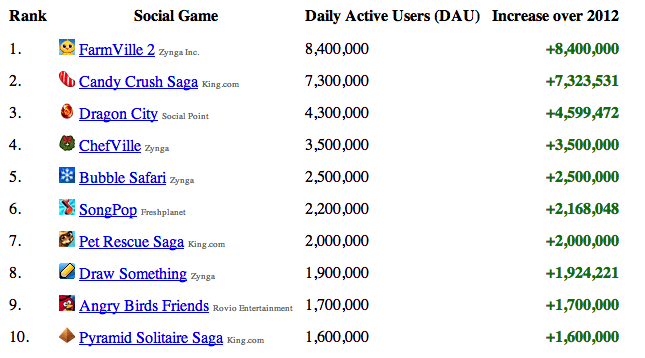 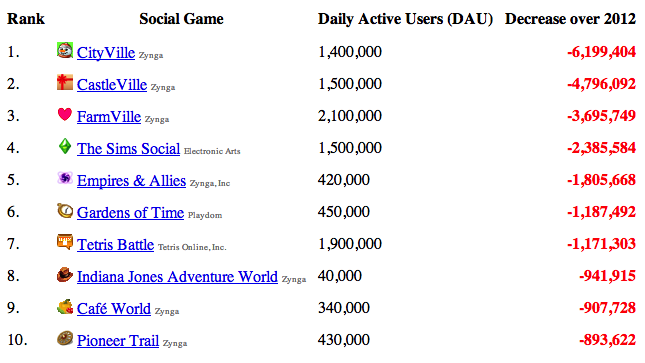