Samsung has announced its latest 10.1-inch Galaxy Tab 2 Android version tablet after unveiling the 7.0-inch version last month. The 10.1 Galaxy Tab 2 versions include a 10.1-inch 1289 X 800 LCD and 1GHz dual-core processor running on Android 4.0 ICS. The 9.7mm-thich tablet has 1GB of RAM and will come in a 3G + Wi-Fi and a Wi-Fi only version, with the former supporting quad-band HSPA+. 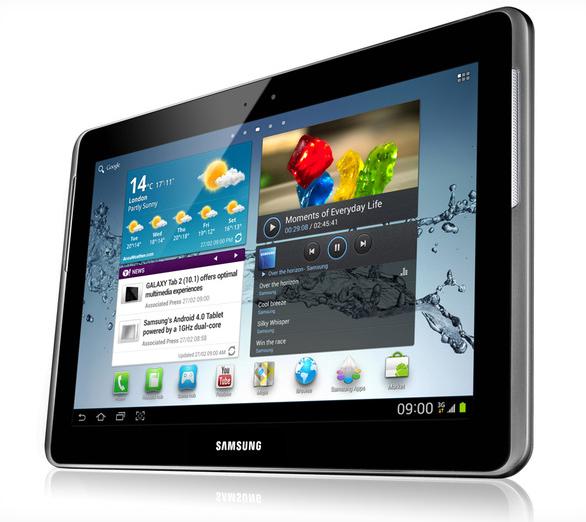 It further includes a 3-megapixel rear camera and a VGA front-facing camera, as well as Bluetooth 3.0, GPS with an option between either 16GB or 32GB of internal memory — which is expandable with a microSD card slot. There’s no pricing information available yet. Starting from UK, the GALAXY Tab 2 series will be launched in global market from March.