If you miss out yesterday’s Facebook IPO big bang or if you still not able to digest the news – the facts and figures – sit back and take a deep breathe again as there is still a lot on the way with the new ten key statistics about the social networking giant, Hitwise released.

The company’s filing revealed some of the most significant numbers including the fact that Facebook is having a base of 845 million users every month – half of whom are daily users and half are mobile users. Company’s co-founder Mark Zuckerberg owns 28% in the company – among other things – Facebook did $3.7 billion in revenues in 2011 with $1 billion in profits. 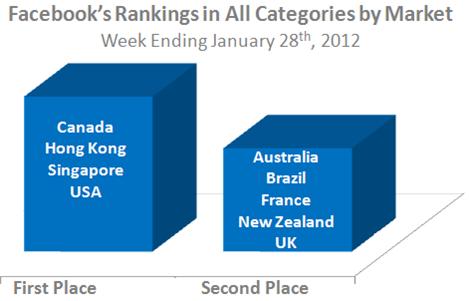