As part of Facebook Initial filing go public this afternoon (PT) – the social network giant has revealed some interesting new numbers that indicates how big it actually is.

It had more than 425 million mobile MAUs in December 2011. In 2011, mobile usage of Facebook increased in markets around the world, including major developed markets such as the United States where smartphone penetration grew rapidly. 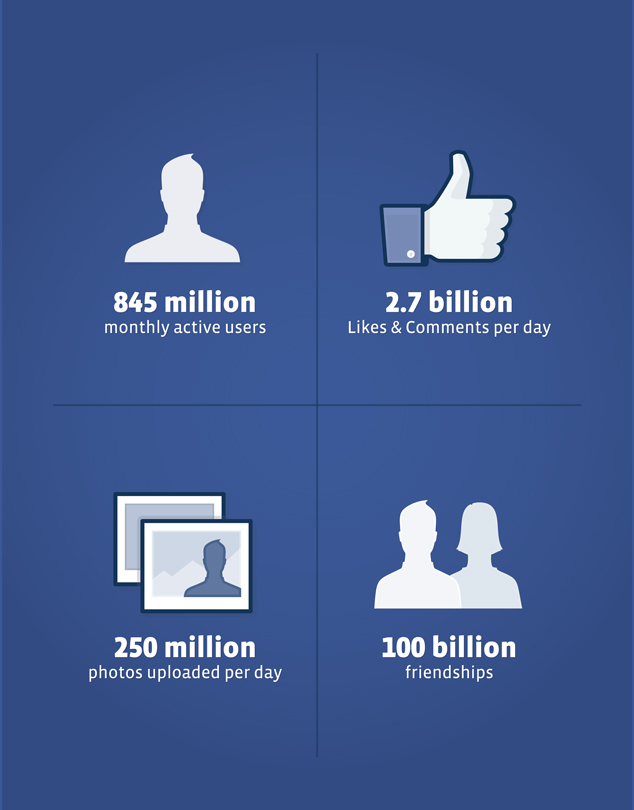 These and other factors could cause results to differ materially from those expressed in SEC filling publications and reports:

The numbers of monthly active users (MAUs) and daily active users (DAUs) presented in this prospectus are based on internal company data and we use these numbers in managing our business. We believe that our MAU and DAU numbers are reasonable estimates, and we take measures to improve their accuracy, such as eliminating known fictitious or duplicate accounts. There are inherent challenges in measuring usage across large online and mobile populations around the world. For example, there may be individuals who have multiple Facebook accounts in violation of our terms of service, despite our efforts to detect and suppress such behavior. As another example, applications on certain mobile devices may automatically contact our servers for regular updates with no user action involved, and this activity may cause our system to count the user associated with such a device as an active user of Facebook. We estimate that less than 5% of our estimate of worldwide DAUs as of December 31, 2011 could have resulted from this type of automatic mobile activity and that this type of activity had an even smaller effect on our estimate of worldwide MAUs. The impact of this automatic activity on our metrics may vary by geography, as mobile usage varies in different regions of the world. In addition, our data regarding the geographic location of our users is based on a number of factors, such as IP address, which may not always accurately reflect user location. We regularly review and may adjust our processes for calculating these metrics to improve their accuracy. In addition, our MAU and DAU estimates will differ from estimates published by third parties due to differences in