Hope you still remember the HP webOS – earlier we reported that the company announced that webOS would continue to live on as an open source project. Last year in December, HP announced that webOS would be made available under an open source license. Taking the next step, company released Enyo, a JavaScript app framework, which allow developers to distribute their Enyo-based webOS apps across other platforms. 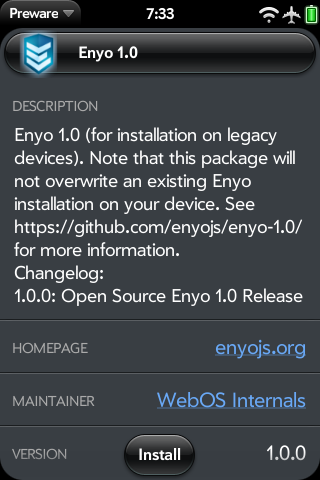 HP’s Enyo framework is an important and much-required component for allowing new apps to work on webOS devices with different resolutions. WebOS Internals has prepared a nice little Preware 3.79MB install package that anyone, anywhere can enjoy. At this point, adding Enyo will only provide access to a few extra apps.