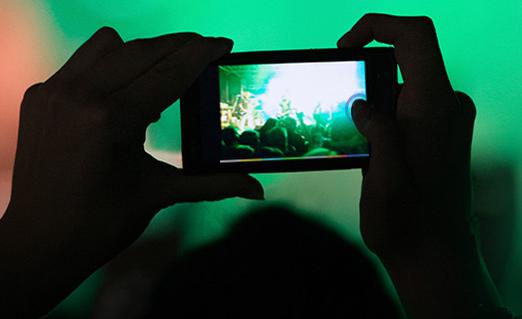 YouTube’s co-founders Chad Hurley and Steven Cohen have created what looks like to be their next success, named MixBit. Challenging video creation and editing apps Instagram and Vine, MixBit gives users a completely new editing functionality that video apps have yet to bring.

Instagram, owned by Facebook, and Vine, owned by Twitter, have been in competition with one another since Instagram rolled out its video features earlier this year. However, YouTube wants everyone to know that it is not a force to be reckoned with and created MixBit, an iPhone and web app.

The YouTube founders stated, “We started YouTube to make it easy for everyone to share videos. Now we want to help people make great videos,” on their iPhone app listing.

They went on to say, “We are a community of creators. We believe everyone has something interesting to say. We give people fun, intuitive tools to help them tell stories together. We think video should be a living, breathing entity and that creativity is a collaborative process.”

So now the question contends – what makes this app any different from its predecessors?

Let us overview the features of Vine and Instagram first, to give you a more perceptive insight on the differences.

Now that the dynamics of Vine and Instagram have been described, let’s take a look at the features that make MixBit a strong contender.

While MixBit is creative, there is wonder how this app will do on iPhone – and if this will be another money-maker for the YouTube founders. Through the months, users will decide their feelings on it – some positive and some negative.

About the Author
Adrienne Erin

Adrienne Erin is a social media marketer who writes for Search Engine People and SiteProNews. She writes about common sense social media strategies that anyone can use – from a mommy blogger to addiction rehab centers. Read more of her work by following her on Twitter: @adrienneerin.