As the companies across the globe are on a fast trip to become the most successful ones, there’s one thing that invariably gets faster than all of them. That’s the internet! Yes, the internet that made the world a small place, the same internet that taught us to communicate much faster is also on the rat race to become successful in getting faster! Every few months, a new technology that improves the speed of machines is invented. It could be the cars, bikes or even computer processors. Scientists are even developing techniques to get humans heal faster when they contract some diseases or injuries. The rat race to become faster is probably the only unchanged fact in the recent years. Everything else seems to have changed with the improving speed of the internet! Many ISPs are on such a mission to attain faster internet speeds. They are attempting it using the high-end fiber optics technology that improves internet speeds and consistency multi-fold. 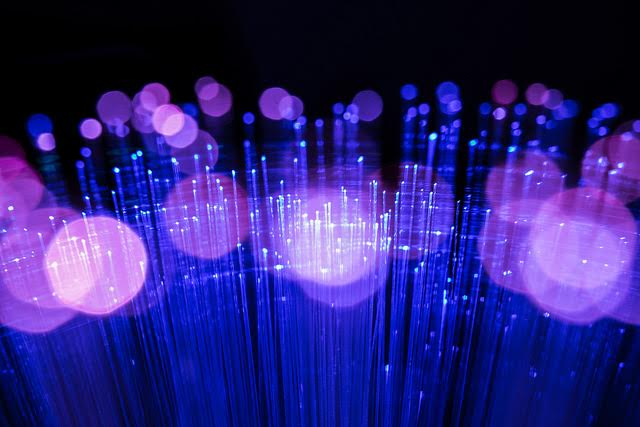 As competition gets fierce in all industries across the world, the need for speed also increases considerably. Consistency also matters or else the speed is of no use. Fiber optics provided the technology for gaining speed and retaining the consistency at competitive rates at one go. Some ISPs realized and leveraged from this technology from the word go which gained them a lot of customers during the launch. Though the big players in IT and other data-centric industries used dedicated fiber optic internet since the 2000s, the cost was a major factor that held back many organizations from adopting this technology. As technology advanced, the cost factor came down and the affordability factor went up. Even though the SMEs do not need them and may not be able to afford them, the bigger players can leverage from the reliability and speed fiber optics provide. This is especially required while working with real-time data and cloud services over the internet.

The new generation ISPs provide the speedy and reliable internet connections backed by fiber optics to those who can afford them. The rates are competitive as more players are entering the market. The speed varies from 1 Mbps to 200 Mbps for cable broadband but as one moves on to fiber optics we are looking at speeds of up to 1 Gbps which mean the more you pay, the more you get! The biggest catch is that most of the new ISPs with fiber optics do not impose any usage cap for the speed offered. On the downside, they do not come with a land phone as fiber optics work with a dedicated cable for the internet connection and has nothing to do with the telephone connection. So all the facilities attached to a land phone gets disconnected if you subscribe to the naked broadband offered by ISPs with fiber optics.

Market penetration was the next step for fibre-optics based broadband ISP providers. Though there was a high demand for high-speed internet among the youngsters and households, they had no access to this technology as not many people provided it for residences. According to a survey done in New Zealand recently, the demand for highspeed internet for residential use has increased considerably. As much as 77% of New Zealand’s households depend on high speed broadband for their shopping, social media, video streaming, games etc. While most of the ISPs providing fibre-optics broadband concentrated on pitching commercial clients, certain companies like Bigpipe dared to focus on the less facilitated residential market. They provided high-speed fibre optics broadband with unlimited data usage with no cap which attracted the residential customers and they became an instant hit in the New Zealand’s household market.

Though most of the SMEs may still not be able to afford the fiber optics based broadband, the large players have already started shifting their focus to it. Those who deal in large volumes of data need the speed and reliability which fiber optics provide. So they are ready to invest a little more not compromising on the capabilities of real-time cloud computing which they will benefit the most with a faster and consistent network. Fiber optics do not rely on power backup and it is not affected by power interferences or lightning. So it is more reliable at places where power outages are frequent. While the speed and data stability are the pros, the availability of fiber optics cable and its higher price still remain a major constraint.