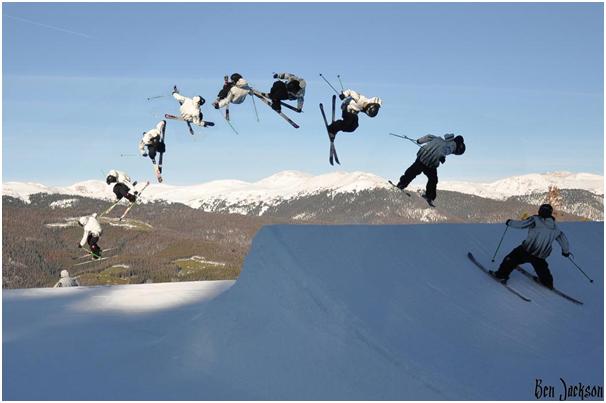 Most things these days are subject to some kind of rank. Schools, universities, restaurants and so on. And this trend has slowly crept into ski destinations too.

By all accounts, Jackson Hole remains the best skiing destination outside of the Himalayas. This is down to the quality of its powder, its continuous fall lines and the beauty of the surrounding countryside.

The park has recently been upgraded with a new chair lift that eases some of the pressure at peak times that used to dog the Thunder chairlift.

Jackson has also become something of a foodie destination, along with all the skiing. If you do happen to pay this remarkable mountain a visit, be sure to check out the Four Seasons as well as the many other restaurants dotted about the town.

Park City plays host to three surrounding resorts that are all within a few minutes of each other. You can either stay in a hotel in the city or investigate Deer Valley rentals for holiday accommodation.

And you’ll be glad you did. Seek out the Empire Canyon lift. This lift will take you up to the top of the slopes near the Deer Valley. From there you’ll be able to enjoy the Daly chutes.

When you get to the bottom, you’ll find the Empire Canyon Lodge, which Forbes recently called the greatest ski lodge in the world. The lodge is made famous, allegedly for its exquisite cuisine. And although it may not be Michelin-starred, you can bet that after a day on the powder, whatever they serve up will taste good. What’s great about the lodge is how the food is no more dear than the food elsewhere in the Park City area, despite its location.

The Park City Mountain Resort starts on Park City’s main street. Just head on over to the Town Lift. The Park City resort isn’t as highly rated as the Deer Valley resort because of some disappointing run outs. Plus it lacks continuously dropping fall lines and you can get caught up in all the crowds. However, there are some good parts which are mostly accessed by the Jupiter chairlift. Having said that, the Park City Resort is probably best suited for beginners.

In 2002, Salt Lake City hosted the Winter Olympics. It was chosen as the destination because of the quality of the powder on the surrounding mountains. Most years the slopes of Alta and Snowbird get about 600 inches.

That means that although there is often a long line at the ski lifts thanks to being located so close to Salt Lake city, there is powder most days. Just beware that if you’re a snowboarder, you won’t be allowed onto Alta. Sorry.