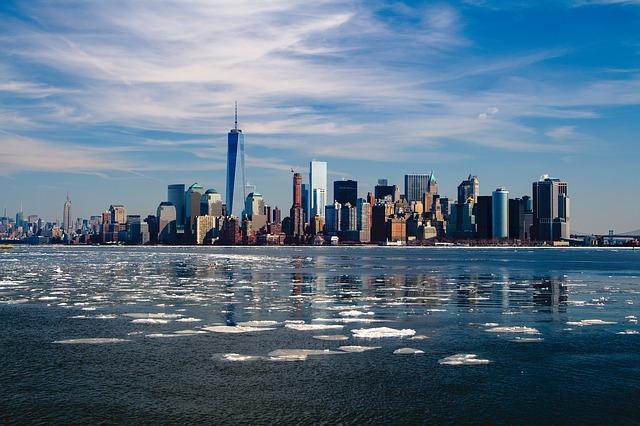 Everybody likes lists, and it seems as if everybody produces them. Not to rehash what has already been produced, we decided to collect a “best of” the “best of cities” lists that highlights some of America’s Extraordinary U.S. Cities you may want to consider calling home.

The New York Times named Coral Bay, St. John #1 U.S. city (#4 overall) on their “52 Places to go in 2016” list citing its laid-back atmosphere. Founded in the early 18th century, this jewel on the Caribbean is all about relaxation. According to Coral Bay’s tourism site, they are “the quirky, quiet opposite of bustling Cruz Bay.”

This is the center of the world. Don’t believe us, just ask a New Yorker. U.S. News and World Report also thinks highly of this fast-paced city as it was named the top U.S. city (6th overall) on their 2015-2016 “World’s Best Places to Visit” list. From the Statue of Liberty to Central Park, there are so many reasons this is a great city for residents and tourists alike.

Not surprisingly, The Big Easy with its infamous drinking culture and Mardi Gras was ranked the #1 “Best Drinking City in America” by Thrillist. Along with its better-known cocktail scene, the city also boasts quite a hefty list of tasty microbrews. Don’t worry, Teetotalers, NOLA has plenty of activities for you, too.

If you had to grab a map to find this city, so did we. However, after hitting the list at #2 last year, Livabilty.com says Rochester is now the Best Place to Live in the United States. Home to the Mayo Clinic, the city boasts an educated workforce, a booming economy and safety in addition to a thriving downtown scene that draws 20,000 people a night in summer. And, it has a population of only 100,000 people.

Pittsburgh probably isn’t the first city you think about when you think about top cities for food. However, it was just named “The Top 17 Food Cities of 2015” by Zagat. They have much more to offer than just Primanti Bros., a Pittsburgh institution known for its monster sandwiches. Other top spots for taste buds include the following restaurants: Vandal, Whitfield, Avenue B, and Butcher and The Rye. Beware: Moving here might increase your waistline.

While Rocky Mountain High has taken on a whole new meaning in Denver, it still made it to the top of Forbes’ “Best Places For Business And Careers” list and is #5 on the Travel Channel’s “America’s Healthiest Cities” list. Not a bad combo.

Our nation’s capital ranks high on numerous lists: Best Food City, America’s Coolest City, Most Literate City and Best in Travel to name a few. Given all the accolades, it must be a great place to live. Find a place to rent and see for yourself.

This northern U.S. city doesn’t make too many lists. However, it did manage to snag a top spot on Lonely Planet’s “Best Moustache Destinations” list. How one measures this odd distinction is unknown, but it does deserve some recognition. Besides, Portland is a cool Maine town with a nice vibe. Just be sure to bring a coat or two.