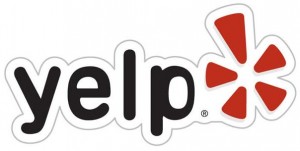 Yelp as we reported its earlier plans to lists its stock on the New York Stock Exchange (NYSE) in its upcoming IPO – the company previously filed for an IPO in November 2011 – an IPO which is projected to be as large as $100 million seems setting its terms for March offering, WSJ reports.

The online-review service on Thursday set a price range of $12 to $14 per share for March initial public offering that would approximate value the company at par up to $838.6 million. The company aims to sell 7.15 million shares unit and would rise up to $100 million – the IPO is scheduled to price on March 1 and will trade the next day on the NYSE under the ticker symbol YELP.

The company recently posted its full-year 2011 financials, showing total revenue of $83.3 million, up 74.6% from the previous year $47.7 million in 2010, and a net loss of $16.7 million, up 74.2% from a net loss of $9.566 million in 2010. Yelp had 66 million monthly unique visitors and 5.7 million monthly mobile users in the quarter ending in December 2011. There are 25 million total user-generated reviews on Yelp. For those who do not know, Yelp, Inc. is a company that operates yelp.com, a social networking, user review, and local search web site.