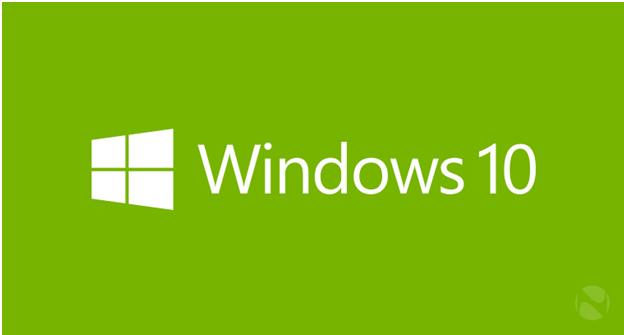 The announcement of a new Windows version in September 2014 came as no surprise. The reason being the on-going speculations about the launch of a Windows upgrade which should have rightfully been called Windows 9, but was coined Windows 10.This indicates the significant leap the new version will mark in terms of the features. it will offer in advancement to Windows 8. The upcoming version is still being developed and will probably be launched with introductory features. Advanced options will follow in the form of regular windows updates. As of now, a technical preview of Windows 10 has been launched.

While Microsoft launches a new upgrade in a cycle of 2 – 3 years (this holds true for Windows Vista, 7 and 8), Windows 10 is expected to be the benchmark version for many years to come. Though Windows 10 is still in the testing phase, the excitement for its launch is widespread. And the big question boggling the minds of most Windows 8 users is, will it be offered as a free upgrade to them? In the past, Microsoft has never offered operating systems for free, but it changed this trend by launching Win 8.1 as a free upgrade to the users. Also, keeping in mind the apparent failure of Win 8 to please the audience as much as it’s preceding version (Windows 7), offering the latest Windows version as a free upgrade is the least Microsoft can do to lure back the loyalties of its customers.

Be it free or paid, the hype that Windows 10 has managed to accumulate even before its launch can vouch for a huge number of sales. As such, it may be a good idea to keep some important pointers in mind before upgrading to Win 10.

Remember that this upgrade is for experienced users

This message has been circulated by Microsoft with much emphasis. If you have never performed tasks like formatting a hard drive, backing up data, installing an operating system, troubleshooting problems and the like, this upgrade will not sit well with you. That is, you will find it difficult to work with Windows 10 if you use a computer only for surfing the internet, e-mailing or working on documents. Users who feel that they don’t really know their way around their computer should not download this upgrade.

Windows technical preview (pre-release) is just an introduction. It will have bugs and might crash easily. Hence installing it on a frequently used computer might prove to be inconvenient. Install it on a separate machine which you can reserve for playing around with the pre-release.

Back up your existing data

This is a crucial step whenever you switch between operating systems or upgrade to a latest one. Make sure you backup all vital documents in external media or over the cloud before starting with the upgrade.

To get regular updates for Windows 10 from Microsoft, sign up with the Windows Insider Program. Signing up with this programs means that you clearly understand the risks of installing an under-development operating system and you cannot hold Microsoft responsible for any system crash or loss of data you’ve not backed up.

Windows 10 Technical Preview download is a large ISO file. Though the size depends upon whether you download the 32 bit or 64 bit file and in which language, it will still make up for close to 4GB in size. So make sure your hard drive has enough space free to save the download. Thereafter, if you need to install Windows 10 on a fresh PC, burn the ISO file on a DVD or removable media.

The Technical Preview comes with an expiry date

The pre-release of Windows 10 comes with an expiry date. As of April 15, 2015, your Windows Technical Preview will stop working. So make sure you satisfy yourself with all playing-around and testing on it before this date. Microsoft may release a beta version of the pre-release by then. Users will start getting update reminders from April 1, 2015.

Microsoft may want to look inside your PC

It actually isn’t as scary as it sounds, but yes, in case of unexpected crashes or new found bugs, Microsoft may scan your PC to know more. Thus, don’t install the Technical Preview on any machine on which you have any specific privacy settings.

It installs in a click on a Windows 8 PC

Windows Technical Preview installation procedure is fairly simple on a Windows 8 or 8.1 machines. It’s as simple as mounting the ISO and executing the setup.exe file. Once you double-click the setup.exe, it’s a next-next click process.

Any additionally installed language packs will need to be re-installed when you install the software. The installation will prompt you to do so.

Once installed, going back is not an option

Once you have upgraded from a Windows 8 or 8.1 machine, downgrading will not be possible using recovery partition. You’ll specifically have to re-install the previous OS.

If you’re crazy about trying out software that’s still under development and generally like to share your opinion about it, you should definitely try out Windows Technical Preview.

About the Author
Frank Martin