Twitter recently announced in its blog post that to limit the content according to specified countries’ freedom of expression – the company added ability to reactively withhold content from users in a specific country – while keeping it available in the rest of the world.

On the note of this, the micro-blogging site is facing a series of criticism from users across the world. The new system, which can filter tweets on a country-by-country basis and has already been incorporated into the site’s output, will not change Twitter’s approach to freedom of expression. Other sites on the web – Google, Yahoo, Facebook and eBay already are using the similar systems to control what content is shown in which countries.

The new attributes, withheld_in_countries and withheld_scope, will have to be use as from now which denote which countries the Tweet or the account is being withheld in, as well as the scope of the data being withheld – at the Tweet level or at the user account level.

Terence Eden, a London-based mobile developer, tweeted, “I don’t want to develop on an API which contains a ‘withheld_in_countries’ field. What’s next, a ‘for_your_own_good’ field?”

He added on this, “I helped develop a Twitter client that Chinese pro-democracy activists used. Guess that’s dead now. Thanks, Twitter.” 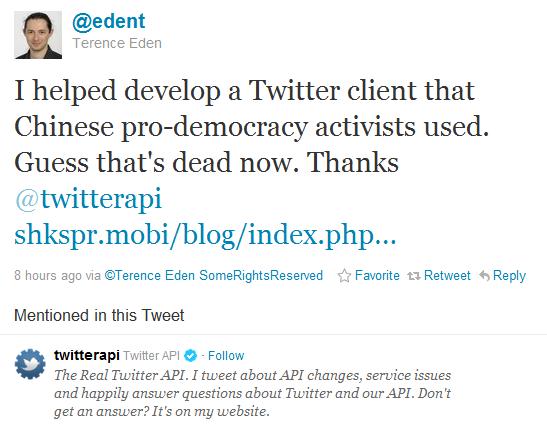 A storm of criticism from users, is just the beginning as the new changes are nothing less than “censorship” – not allowing the users of one of the part of the world to see the updates from other part – filtering the tweets on a country-by-country basis is not acceptable.