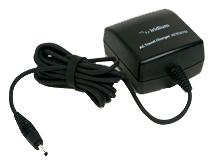 The micro-blogging site, Twitter from now on will begin an SMS service. The company announced that it has partnered with two satellite providers to provide its SMS service to an ever large global audience – the micro-blogging giant begins by stating, “We continue to build out SMS capability because we recognize the importance and value of making our service available to every person on the planet. No matter what device people use — from the most advanced smartphone to the simplest feature phone — people around the world should be able to send and read Tweets.”

The company also provided a full list of short and long codes that provide access to the micro-sharing platform. There is really a strong expectation that after Facebook filed its paperwork last week – Twitter would probably do something – even something like this too to take and keep it stand in the market.

Satellite operators: We’ve partnered with the two largest satellite operators, Iridium and Thuraya, to give their subscriber’s access to Twitter SMS. Now, even if phone lines and the Internet are inaccessible — for example, in a war zone or after a natural disaster — people will be able to share news and stay informed via Twitter.

Long codes: We work with as many carriers as we can to support SMS around the world. If your carrier does not currently support Twitter SMS, you can still Tweet. Just use one of our long codes.