Android Central reports that a picture from one its Rumored Devices forum user Va1ha11a suggests that Motorola and Sprint are testing QWERTY slider smartphone. This probably is a testing phase of device, but still it brings a lot more information after seeing it: a five-row keyboard with staggered keys and dedicated arrow buttons, the device probably having qHD display. There is Sprint Music app in the drawer. The device further appears to have a buttonless device, using screen real estate for back, home and multitasking. We do keep an eye on this for further details and will update you all soon. 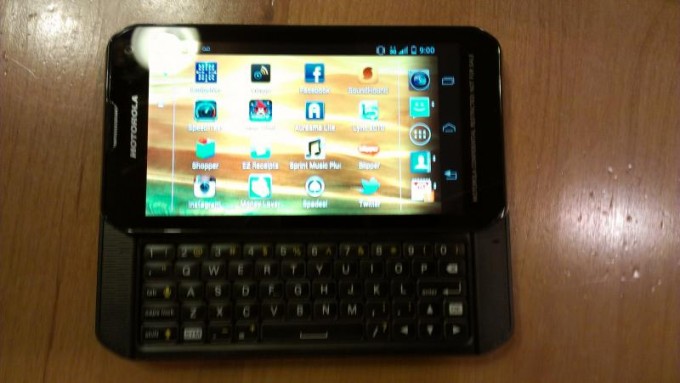