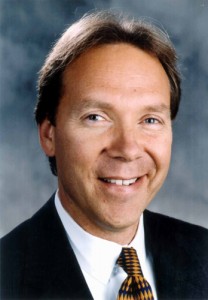 Sprint Nextel Corporation, an American telecommunications company owns and operates Sprint, which has 55 million customers, boosted CEO Dan Hesse’s total 2011 compensation by 31% to $11.9 million largely due to an increase in his stock awards and a cash bonus that ignored the expense of carrying the Apple iPhone.

Hesse was awarded an $829,322 bonus and an increase in his stock awards to $3.2 million from $1.7 million in 2010, according to a preliminary proxy statement filed Monday by Sprint. Hesse’s salary was unchanged at $1.2 million.

“The Compensation Committee believed that our launch of the iPhone was an extraordinary circumstance” and was not included in the calculation for executives’ short-term incentives, Sprint said of its board in the filing. Sprint committed to buying at least $15.5 billion in iPhones from Apple over the next several years.