Samsung has announced a new smartphone that combines a full QWERTY keyboard with Android 4.0, the Galaxy Chat. The device offers 4GB of internal memory with a microSD slot for upgrades, and having 2-megapixel rear-facing camera and a 1200 mAh battery. The Samsung GALAXY Chat comes preloaded with Game Hub. Game Hub is pre-packed with the most popular social games, providing endless entertainment. Samsung’s AllShare Play allows you to play multimedia from or to other connected devices. The phone somehow resembles Palm’s Pixi device, released back in 2009. The phone will debut in July and is available in Europe, Latin America, Middle East, China, Southeast Asia, and Southwest Asia. 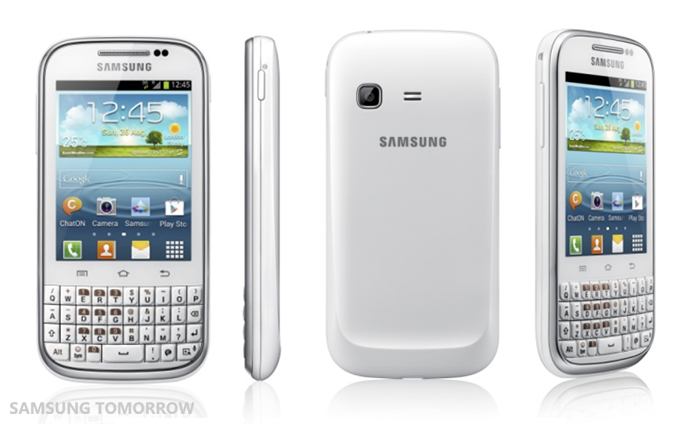