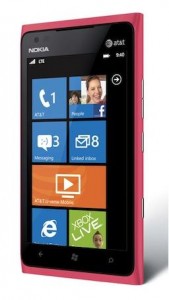 Nokia today unveiled a new entrant in Lumia 900 family, the company has announced today the pink Lumia 900 phone, launching in the United Stated on AT&T on Sunday July 15th with a two-year contract. The phone was originally launched in white, black, and cyan earlier this year, but the color meant primarily to welcome summers. The phone is an AT&T exclusive phone as of now plus there is no word on availability on any other carrier or outside the US. The new pink model feature a beautiful 4.3-inch screen with a powerful 1.4Ghz processor, 8 megapixel camera paired with Carl Zeiss lens.