TRENDING
Navigate
Categorized as
1653
Tagged as
2011NintendoWii U
Related 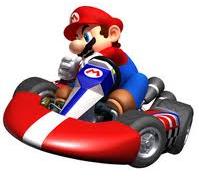 Nintendo mentioned the time as “tough time”, saying that its financials were brought down by sluggish Nintendo 3DS sales during the first half of its fiscal year, as well as a strong yen. The company also cited its “significant” Nintendo 3DS price cut, from $249 to $169, as a major drain on revenue.

The company’s Wii software unit sales dropped to 89 million worldwide last year, down from the 150 million units it sold in 2010. Nintendo will have at least one device it can rely on through 2012. By the end of the year, it might just have two, since the company confirmed that it will be launching its Wii U console by the end of 2012. Nintendo’s console will launch with better graphics than its predecessor, HD support, and perhaps most importantly, a touch screen-equipped controller.

But today, Nintendo president Satoru Iwata announced good news too that, “company is ready to phase out the Wii successor and to start selling the follow-up console, the Wii U, in Japan, America, Europe and Australia by the “year-end season” 2012.”