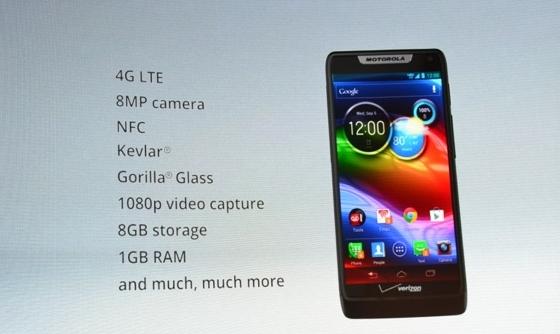 Motorola today with the announcement of the Droid Razr HD, the company also unveiled Droid RAZR M, a new $99 Android 4.0 Ice Cream Sandwich smartphone with Chrome as the default browser. The phone features 8GB of storage space, 1GB of RAM, an 8-megapixel camera with 1080p video capture, and a 4.3-inch screen but there are no words on resolution announced. The Droid RAZR M will be in stores next week for $99 (with a two-year contract) and will be available for pre-order starting from today itself.

The company’s CEO Dennis Woodside also announced that as “most” Motorola devices released since 2011 will get upgraded to Android 4.1 Jelly Bean by the year end, but still if the users are not able to get the upgrade for one or another reason, they will get a $100 credit towards any new Motorola devices announced today, including the Droid RAZR HD, Droid RAZR M, and Droid RAZR Maxx HD.