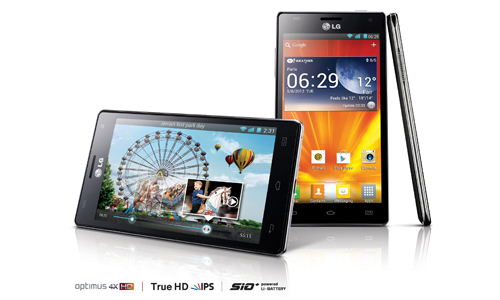 LG back in February unveiled the quad-core Android handset names “the Optimus 4X HD.” The phone includes the Nvidia Tegra 3 processor clocked at 1.5GHz, a 4.7-inch 1280 X 720 IPS display, and an 8.9mm-thin body. Equipped with Android 4.0, 1GB of RAM and 16GB of internal storage memory, the Tegra 3 processor and consists of 8-megapixel camera in back and 1.3-megapixel camera in front – adding to this DLNA and MHL are also on board. The company has announced that the phone to be released next month in the major countries of Europe including Germany, Sweden, Great Britain, Italy, Poland.