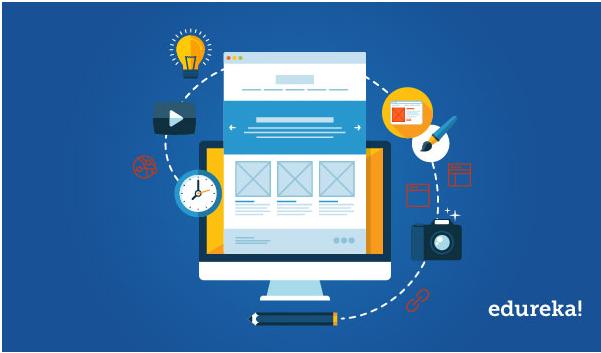 Web development is at its peak right now. Careers in the field of web development including web application development, UI and UX designing, or just plain old website designing are evergreen in the IT industry.

Even with all this in play, the advent of newer technologies and modernized tools has made it difficult for a professional to decide which approach they should start with to build a career in web development. So, let’s take a few minutes and discuss the differences between the two broad career paths in web development and understand whether you should learn MEAN stack or LAMP stack development this year.

Before we get into choosing the right set of tools in the current tech market, let’s first understand what both development models define and what they stand for.

LAMP stack is an acronym that stands for:

This set of tools is one of the oldest and most sought out in the web development industry. While it may be old, it is still preferred by experienced web developers because of the tried and tested approaches it offers.

In newer iterations of LAMP, MySQL is replaced with MongoDB and Python is used instead of PHP. This change allows LAMP stack developers to tackle real-time issues offered by web technologies of this decade.

As far as its configuration is concerned, LAMP stack usually defines a low-level system in web development.

MEAN stack is an acronym that stands for:

The idea behind this stack is to rearrange the existing LAMP stack to make it more suitable for current generation web technologies. This is achieved by switching the platform of development from Linux to JavaScript, which opens several new windows in the configuration and deployment phases. And, as this system is JavaScript-based, the run-time used here is NodeJS instead of Apache.

Using the NodeJS run-time has several advantages of its own. The biggest of the lot is that the web application can be run both on Windows and Linux.

Now that you understand what LAMP stack and MEAN stack are, let’s look at which of these is better than the other based on the current trend of dynamic web applications that require constant connection between clients and servers.

Looking at the timeline of web development technologies, LAMP stack is quite an old approach compared to MEAN. In fact, the former is currently used only by veteran web developers working on specific solutions.

This begs the question, is MEAN stack better than LAMP stack?

In almost all respects, MEAN stack is an incremental upgrade to the legacy LAMP approach. This upgrade in web development systems promises and delivers several advantages and solves various issues seen in the older LAMP stack architecture.

The fact that MEAN introduces JavaScript platforming rather than Linux or other legacy systems makes it ideal for usage in the current IT industry. The NodeJS platform used in MEAN stack allows the developer to deploy an application or code snippet directly into the actual server rather than a stand-alone test environment. This reduces development and deployment times and makes the approach more developer-friendly.

Additionally, compared to legacy systems where every single connection request generates a new thread that uses up RAM individually and maxes out after the amount of RAM available is completely utilized, NodeJS makes it simpler to accept connections. The latter uses a single-thread approach and non-blocking input/output calls which allows it to accept and maintain five-digit connections at any point in time.

Another plus point of using MEAN is that the whole system is based on an open web stack consisting of HTML, CSS and JavaScript that run over the standard port 80. This, essentially, makes the whole design extremely scalable.

Looking at it from a linear perspective, we can say that MEAN stack is the superior approach of the two. But, there are other factors that can be used to determine whether the traditional approach should be applied, or MEAN stack design should be used.

Factors to Consider While Choosing Between MEAN & LAMP

Type of Project (Static or Dynamic)

If your projects are mostly focused on static designs that do not require a persistent connection from the browser back to the server, it would be more than convenient to utilize the LAMP stack approach as it is simpler and easier to implement. On the other hand, if you are working on a project that requires a constant connection to the server (an interactive game, chat client, or any other real-time application) opting for MEAN stack would be ideal.

Another big factor that can determine your toolset of choice is your current professional background or skillset. If you are someone who comes from a database background and is comfortable with SQL, LAMP stack would be ideal for you as the backend here is managed by MySQL. On the contrary, if you are someone who doesn’t have much knowledge of database management, MEAN stack should be your choice. This is because the database management in the MEAN stack architecture is done using MongoDB which is a NoSQL database. This allows you more time to write map/reduce functions in JavaScript instead of working with SQL commands. Additionally, the use of MongoDB reduces the complexity of the transformation logic as this system natively supports JavaScript Object Notation (JSON).

All this aside, the biggest difference between LAMP stack and MEAN stack is the shift from legacy sever-side page generation to a client-side single-page application. This implies that the whole system, front-end and back-end, is based on JavaScript, so you can use the same language on both the server and client sides, unlike the traditional approach.

Now that you know the differences between the LAMP stack and MEAN stack approaches, which one would be the toolkit of your choice?

Although both these approaches have their separate audiences and popularity, choosing one of them if you are new to web development becomes a bit confusing. These are the factors you need to consider while selecting your ideal approach:

Firstly, if you are working on a static design that doesn’t require continuous monitoring from a server and you are comfortable with SQL, LAMP stack should be the go-to architecture for you.

On the other hand, if you are working with a server-dependent dynamic application, MEAN stack is the ideal choice.

Either way, both these approaches have their own advantages and disadvantages. But, when it comes to current generation web development, most professionals opt for MEAN stack because of the features it offers.

So, what are you waiting for, start your career as a full stack developer by learning either of these architectures online this year.