BGR reports that Nokia is holding a press event in New Delhi, India on July 6, but what interesting is, as always there are no update at first that what the company going to launching or releasing at the event. The invite having massive Dark Knight poster in the background, which at first intimating towards the launch of something related to superhero, which later on confirmed that the company might launch the long-awaited Nokia Lumia 900 in the country. Further, there are also strong chances that the company could also launch Lumia 610, Nokia’s low-end Windows Phone. These all are still not sure things that coming our way on Nokia event, but possibility is huge high with them. 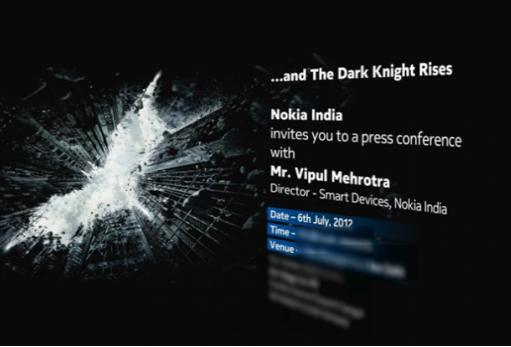