According to a Good Technology report, iOS devices – iPhones and iPads, hold the top three positions in the list of the top 10 enterprise activation by device type. The report includes data gathered by Good Technology for fourth quarter 2011. Good Technology is the leading provider of secure and managed enterprise mobility for iPhone, iPad, Android and other smartphone platforms.

“This quarter, we saw Android smartphones gain in percentage of total activations,” said John Herrema, SVP of Corporate Strategy at Good Technology. “This is likely due to consumers holding back purchases of new iPhones in anticipation of Apple’s latest release (the iPhone 4S)—as our reports indicate, consumers are setting the agenda for enterprise mobility.” Herrema continued, “Looking forward to Q4, 2011, we expect to see the iPhone 4S to be the catalyst for an Apple rally.” 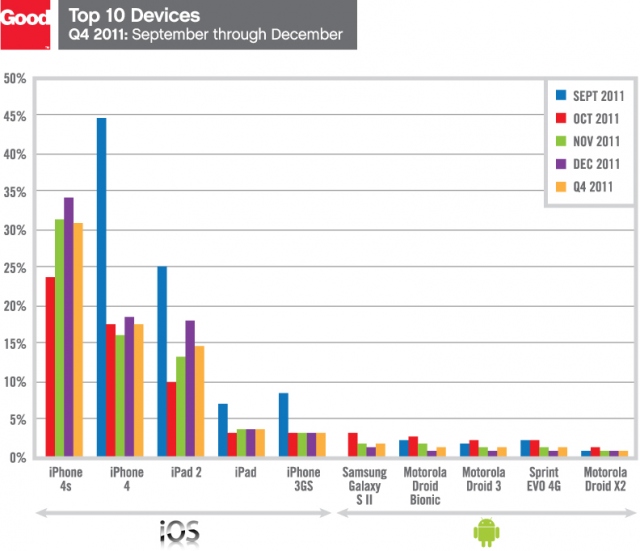