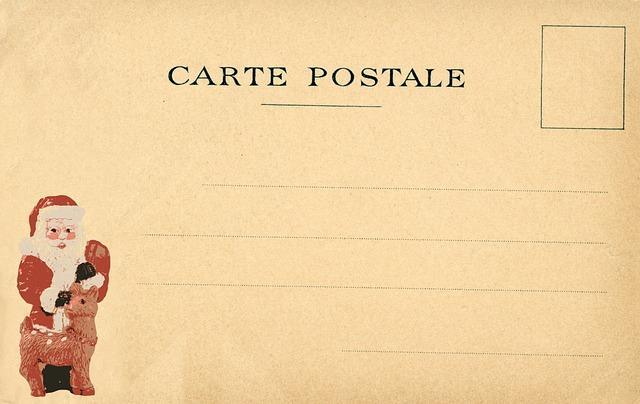 Remember when sending postcards was a thing that everybody did? You could buy them, usually for a quarter (maybe fifty cents if the postcard was larger) at almost every grocery store, gift shop, tourist stand…well, basically everywhere. Some people collected them as cheap souvenirs for travels. Others used them as “no time to write a letter but I’m thinking of you” correspondence tools. They’ve always been a fantastic marketing tool.

With the rise of the web and the ease with which we can sit down and dash off an email to a friend or, more likely, compose a quick social media post that gets blasted out to everybody we know, tangible mail is slowly being phased out. The postcard, though–while it might not seem like it–given how few of them we actually get in the mail these days–is still alive and kicking.

Last summer, for example, independent musician Marian Call turned her tour into a postcard delivery service. She provided postcards from all over the country to tour stop attendees and asked them to “write a message to a stranger.” Attendees were forbidden from including their names or any identifying information. When their messages were finished (messages ranged from long thoughts on life written in the tiniest writing possible to simple drawings to recipes), attendees dropped the postcards into one bag and then reached into a bag of messages written by people at other tour stops and pulled out a postcard to keep.

Even if you don’t want to plan something as elaborate as Marian’s Postcard Tour, there are lots of ways to incorporate postcards into your marketing and promotions.

A lot of independent artists, for example, have postcards of their work printed up to hand out (or sell for a small fee) at art fairs, conventions, etc. Bands have gotten in on this action by making postcard versions of their tour posters that show goers can buy for a nominal fee. It’s a great compromise for fans who want to keep copies of the tour artwork and bands who do not want to get stuck with hundreds of extra posters at the end of each stop. Plus, the postcards offer a handy and built in place for the artist’s or band’s fans to have autographed.

Of course, it isn’t just indie artists or bands that have been capitalizing on postcards. Companies and entrepreneurs have been using the postcard for decades as a direct mail piece intended to encourage people to check out what the company or entrepreneur has to offer.

The great thing about the postcard is that it is easy to incorporate into just about any type of promotional campaign. Even if you’re on a budget, there are plenty of online print shops that will let you print up hundreds of postcards for a fraction of what you’d pay at a local shop. Postcard printing at printpelican.com can also include brochures, newsletters, booklets and catalogs.

If you want to give postcards a try in your next marketing campaign, here are a few hints to help you increase your campaign’s conversion:

If sending out the postcard as a direct mail piece, turn it into a giant coupon that people can use to save money in your shop or website.

Make sure you include your social media and web information somewhere on the card. You don’t have to include URLs for every profile, but a simple “check us out on Facebook!” or “follow us on Twitter!” paired with your site’s URL is a must-include.

If you are selling the postcard, make sure it is a functional postcard. Your artwork should be on one side. The other should feature all of the standard mailing markings normally found on postcards.

Have you used postcards recently? Tell us about it!