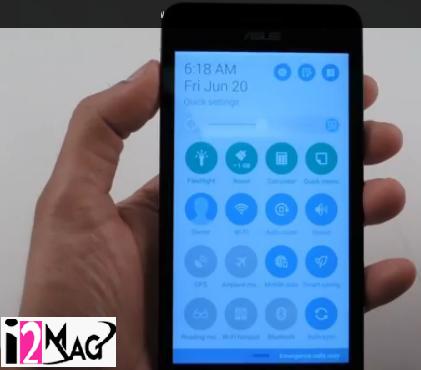 Although Asus, the Taiwanese tech major giant knows well for its presence in India because of its computers for years but now it is all set to enter into a very crowded mainstream market. Thanks to it’s about to launch phone, the ZenFone 5, which the company going to debut on July 09, 2014 in New Delhi.

The device which still to get its price tag on the day of the event comes with some amazing promising features but the question which does strike my head at first place is that will the offering still makes the end users happy so that they go and buy this new Asus offering. Asus ZenFone 5 will debut in two variants – 8GB and 16GB while it comes in black, white, red, purple and gold colours.

The first thing which while reviewing impress me a lot is the way it weights. It is not at all heavy as when I compared the device with its competitors. The phone comes with a weight of 145 grams while the design still not changed even a bit as when compared to its rivals. Asus keep it simple and basic so as even we too are not thinking (or expecting) of any change in design especially.

Other important thing to note is that the phone is 5-inch 720p display, Corning Gorilla screen which is capable of producing rich colours while which when compared with rivals (which comes in same brands) offer nothing but washed out colours.  The device touchscreen makes one fall in love with that while the smoothness it brings in navigation make anyone wish to have it.

While Google debuted Android 4.4 version back last year on September 03, 2013 but the Asus ZenFone 5 still found running Android 4.3 Jelly Bean. Further to the list, the device retains the same navigation structure of home screens, an app launcher as well as a notification tray. You will find the number of applications on board, like that of What’s Next (an app for tracking and managing other apps), Do It Later, among others. Talking about the camera, the ZenFone 5 features an 8-megapixel autofocus rear camera with an f/2.0 aperture lens and LED flash and a 2-megapixel front camera. 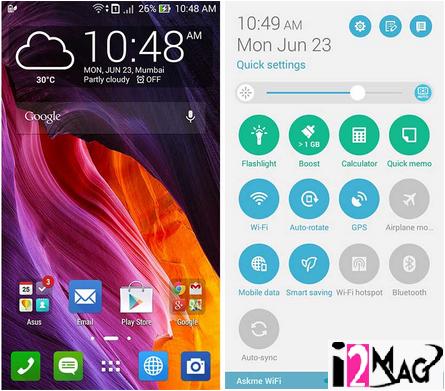 Asus ZenFone 5 comes with 1.6GHz dual-core Intel Atom Z2560 along with 2GB of RAM on board. On storage point, the device got the internal storage of 8gigs with support for up to an additional 64gigs by using a microSD card. The ZenFone 5 supports two micro-SIMs and is a dual-SIM device (GSM+GSM) while it bears a 2,110mAh battery.

While the device promises a lot of things, making it a perfect choice for anyone to buy it out in the first go. But, since the company is still few days away from announcing its official pricing, making us wonder that will it make the end user happy with its pricing. If company priced the device around INR 15,000/-, then it does open up its hand for huge Indian market, giving an edge to the Motorola’s popular device Moto G.