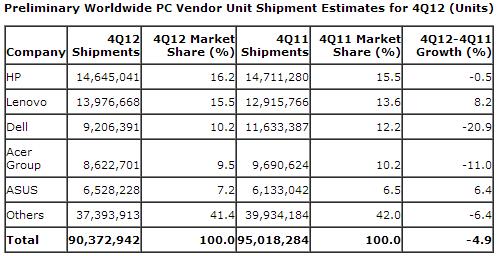 According to Gartner recent report, the worldwide PC shipments totaled 90.3 million units in the fourth quarter of 2012, a 4.9 percent decline from the same quarter a year ago. What sounds interesting is that during the holiday season, consumer no longer viewed PCs as the number one gift item while on the other side, Microsoft’s Windows 8 hardly made any significant impact on PC shipments in the quarter.