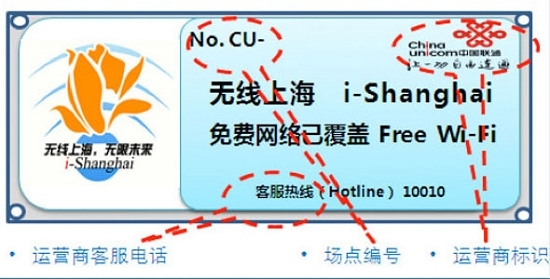 In an order to turn Shanghai a “wireless city” by 2015, DfDaily (via Sina Tech) reports that the city launched the public places WLAN unified public services called as i-Shanghai (“Love Shanghai”). The service which will be used as at public places, allow citizens to use two hours of free wireless internet service. The Shanghai Municipal Government announcement that a test batch of free Wi-Fi hot spots will go live on July 27 in around 30 public places, such as the Shanghai Railway Station, the Bund, Riverside Avenue, Lujiazui, Xintiandi. By the end of 2012, the Shanghai government plans to install the hot spots in over 300 public areas with long-term planning by the end of 2013, covering the city’s 450 public places. Sounds like a good initiative, but still it needs to be get completed first, only then would be beneficial for all.