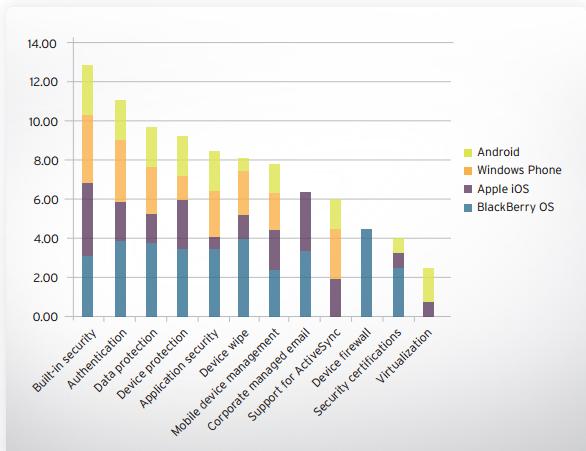 According to a study by Trend Micro, BlackBerry 7 rated as the most secure enterprise-ready mobile operating system. RIM’s home-grown software got the highest score of 2.89 on a number of factors including built-in security, application security, authentication, device wipe, device firewall and virtualisation, ahead of IOS 5 at 1.7, Windows Phone 7.5 at 1.61 and Android 2.3 at 1.37.

Researchers from Trend Micro, Altimeter Group and Bloor Research said that the Blackberry 7 OS scored highest thanks to its corporate grade security and manageability, while Google’s Android software didn’t consider it as good as BlackBerry is. The researchers noted that the fact that version 2.x is still running on most devices is a security risk in itself