The ongoing Google and Oracle trial bringing a lot of information about Android, stating how well the platform was doing back in 2010. Google forecast that it would double the number of phones to 40 million by year-end and make some $278.1 million in revenue from Android: $158.9 million on ads and just $3.8 million on app sales. The company forecast making $840.2 million from Android mobile ads in 2012 versus just $35.9 million on apps sales. In 2010 Android had just hit second place on Google’s mobile revenue charts, with a $120 million yearly run rate with iOS with a $281 million yearly run rate. 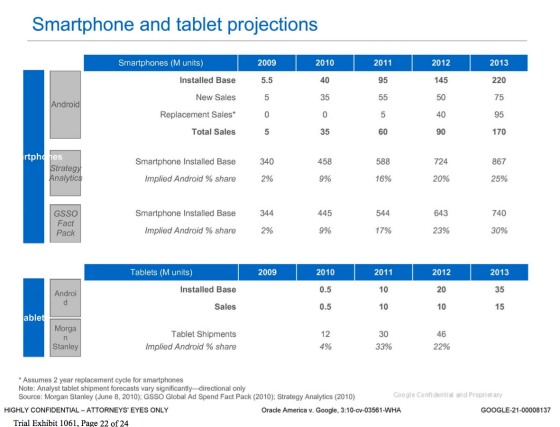