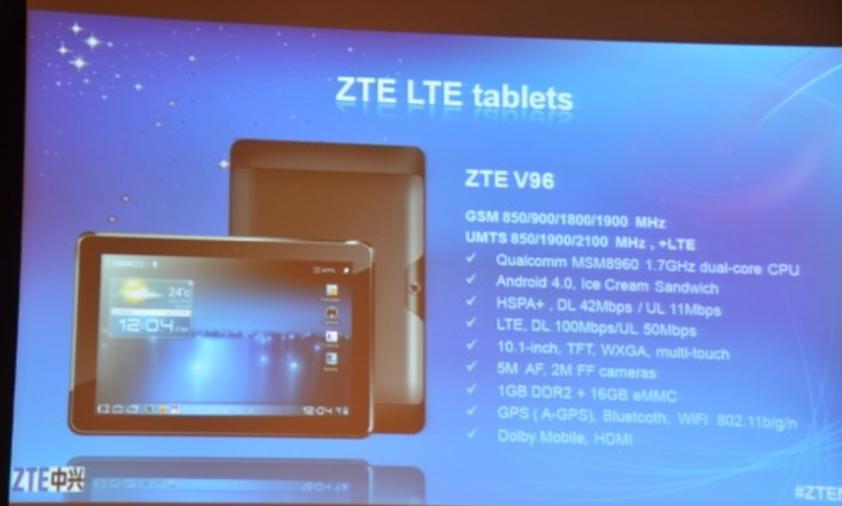 ZTE’s set of announcements not only limit itself to just phones, but the company has announced number of Android tablets at Mobile World Congress. The tablets include V9S, V96, PF 100, and T98. Starting with the V9S which is a low end tablet comes with a 10.1-inch with a dual-core Qualcomm processor clocked at 1.2GHz, 1GB of RAM, 16GB of storage and Android 3.2.

Moving to the next, V96 is a high-end tablet running on dual-core Qualcomm processor, clocking at a 1.7GHz, Android 4.0 and has HSPA+, adding further it includes 5-megapixel camera, 16GB of storage and 1GB of RAM.

The PF 100 has an Nvidia T30S 1.5 GHz quad-core CPU, Android 4.0, and a 10.1-inch screen with WXGA resolution and Icera 450 modem for HSPA connectivity, 1GB of RAM and 16GB for storage and a 5-megapixel camera whereas the T98 is a 7-inch version with the same processor.