As the Cupertino-based company Apple fighting in China over its iPad trademark with Proview, the tech giant has finally seen its complaint which was made four years back in 2007 against mobile website specialists Wapple dismissed by the Intellectual Property Office for the UK-based company – Apple claimed that the mobile-focused company was using their brand and name to gain business.

The company has arrived at the name “Wapple”, derived from the acronym WAP (Wireless Application Protocol), was created by founders Rich Holdsworth and Anne Thomas in 2003 before they incorporated the company in May 2004 – this was some years before which Apple entered the mobile market with their iPhone – Apple complained that the company is receiving additional publicity by using the same name which it used to create mobile websites. 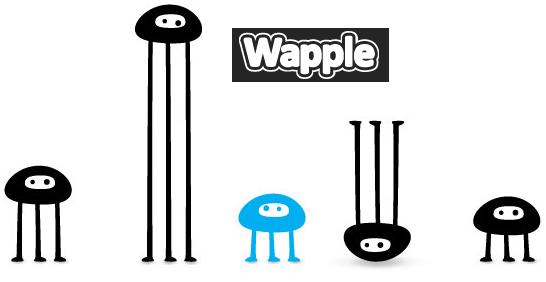 “We are overjoyed with the result and incredibly proud. The case is a victory for truth over tactics. Self-belief is always critical when establishing and growing any technology business and even more so when you are early to market as we were,” said Anne Thomas, COO of Wapple. “The action taken by Apple Inc. to oppose our trade mark has tested our resolve and we are delighted with this outcome,” she added.

Anne Thomas continued: “We are so incredibly grateful for the support we have had from a number of shareholders and customers who stepped forward as witnesses and also deeply indebted to Jill Tomasin from Gateley who has demonstrated a commitment to and passion towards our company like none I have seen from any external legal representative previously. We also have in our thoughts Nick James, a former Non-Executive Director and our legal counsel who died in May 2011. He was very much committed to this case and would be celebrating this victory with us today.”

“The Hearing Officer awarded costs outside the scale to Wapple.net Limited and said, “Taking into account the nature of the evidence that Apple Inc. provided, even if they had been successful in all three oppositions, an award of costs would have been made against them.” This provides a clear warning that parties must be sensible about costs when embarking on disputes before the Trade Marks Registry.”