The micro-blogging giant in a lead to increase its ups more aggressively into international markets with an expansion in advertising, Twitter has hired two high-profile Google executives – Stephen Mcintyre and Shailesh Rao – Mcintyre has joined the micro-blogging giant as a director of online sales and operations, which is its self-serve product debuting in March for the small businesses – he earlier working with Google on international self-serve ads team based in Ireland – his new position itself is based in Dublin, Ireland. 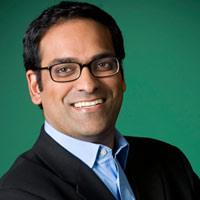 Rao who most recently worked with the search giant as a head of Google’s display ads business for Asia will be joining Twitter as Vice President of international revenue and will be starting in April in San Francisco – in his new position he will be heading direct sales operations in the regions and countries where Twitter is ready to monetize.