With the reports uncertain that Galaxy Note may or may not come to AT&T, PocketNow has revealed the first seems to be original press images for the Gingerbread-based handset. It’s going by SGH-I717 internally, and it’ll purportedly boast a 5.3-inch display (1,280 X 800), a 1.4 GHz Exynos processor. Well, the actual figure came into in light with the upcoming CES 2012 event. The phone is likely to be announcing on February 14, 2012

Still the reports have to be confirmed by Samsung and AT&T, as no such announcements made by company officials so far. 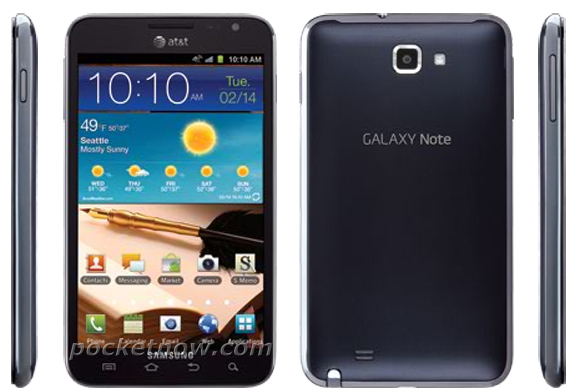