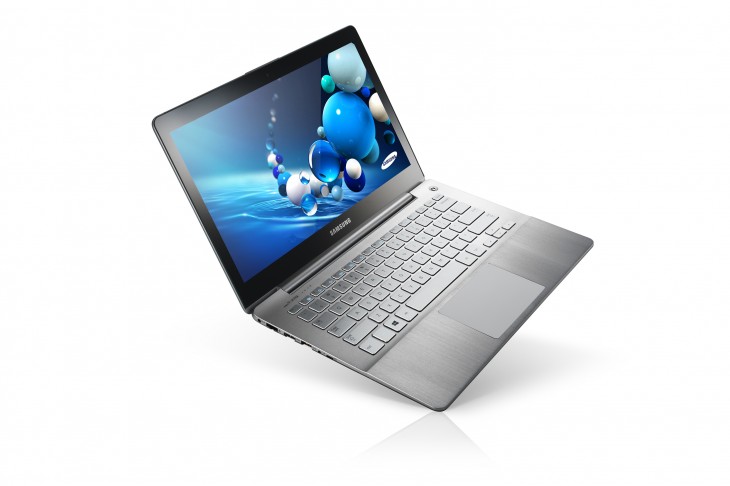 With since we are moving towards CES in a full pace, Samsung has announced two Windows 8 based add-on to its Series 7 laptop lineup – the Chronos and the Ultra. The Chronos features 15.6-inch laptop equipped with a multi-touch screen and weighs 5.8 pounds packed with a 2.4GHz Intel Core i7 processor and AMD Radeon HD 8870M GPU with 4/8GB RAM option, expandable up to 16GB and a max 1TB hard drive.

While on the other end, the Ultra features 13.3-inch display, weighs 3.2 pounds and is powered by an Intel Core i7/i5 ULV with 16GB RAM on board. The touch model comes with the option of 4G LTE connectivity while both the laptops have a full HD screen resolution of 1,920 by 1,080. This announcement was accompanied by company’s earlier announcement of sharing the teaser of “unprecedented new TV shape and timeless design” for upcoming TV launch.