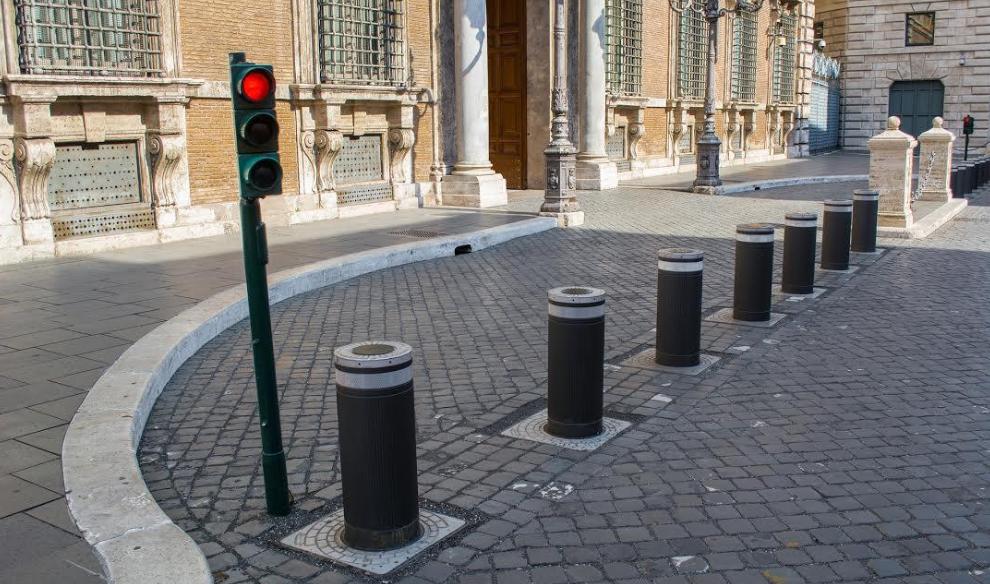 In our current political climate, it is a sad fact that large outdoor event can be potential targets for attack from extremist and terrorist groups. Events such as fairs, festivals and Christmas markets provide a venue for terrorists to inflict heavy casualties and instil fear into the general population.

A case in point is the Berlin Christmas Market lorry attack last December that killed 12 people and injured 48. For event organisers, this raises the obvious question: What can be done to safeguard against similar attacks?

The most obvious physical protection against a terrorist truck attack are large barriers. These can be temporary or permanent concrete safety barriers, or concrete bollards that come with barrier attachments. All of these, are used to secure venues and prevent unauthorised access.

The black concrete barriers around the Palace of Westminster, for instance, are designed to stop high speed lorry attacks, and nearby in Whitehall, there are numerous hidden barriers. In the USA, certain outside areas of government and military buildings have been fitted with crash resistant and attack resistant concrete barriers. Some of these are capable of stopping vehicles travelling at speeds of up to 50mph.

In the 2007 Glasgow Airport attack, the concrete bollards prevented the vehicle from entering the Terminal. The attack prompted the Scottish government to review the protection of strategic buildings, and it was recommended that concrete barriers be installed to protect against vehicle bomb attacks. Vehicle exclusion zones were also created to keep unauthorised vehicles at a distance. These measures are designed to prevent large trucks from building up sufficient speed to smash through the barriers and cause damage and casualties.

Following the Berlin lorry attack, police chiefs in Britain adopted the concrete safety barrier approach at many large public events. Barriers are most effective when they interlock, as this creates an almost impenetrable ‘wall’. For heightened security, these can be modified to include a top-mounted security fence.

Here are some reasons why concrete safety barriers are the preferred choice for use at large outdoor events:

In addition to concrete barriers, or perhaps as an alternative, other ways of protecting large outdoor crowds can be used that are arguably more ‘creative’. For instance, outside the main entrance toArsenal’s Emirates Stadium, there are giant concrete letters spelling out the word ‘Arsenal’. These act as a barrier to cars and trucks. In addition, heavy concrete benches have been installed to prevent vehicles from driving at speed and weaving across the forecourt. Other obstacles in the way of vehicles are the giant metal cannons (part of Arsenal’s logo) that are set outside the stadium.

Elsewhere, with the help of technology, designers and scientists have been able to create aesthetically pleasing barriers to prevent vehicles ramming into buildings – for example, innocentlooking flower pots that are actually made from reinforced concrete and metal can stop a truck in its tracks.

It’s not just the point of obstruction that requires protection – some European cities have introduced tight bends and a narrowing of the streets, for example near the locations of Christmas fairs and markets, to preventlarger vehicles building up speed before reaching the barriers.

Even with anti-terrorism security measures in place, it’s important that we can all go about our normal working and leisure times,blissfully unaware of these measures that are put in place for our protection.

Event organisers put to the test

Today, organisers of large outdoor events have a duty to plan for major threats to public safety like terrorist attacks, and must ensure that appropriate security measures and emergency procedures are put in place to protect the public.

Regardless of the venue, every successful event requires a security and crowd control plan, carefully designed to meet those safety and security needs that can be reasonably anticipated. Planning and preparation is key.

If you’re planning an outdoor event here is a useful checklist: