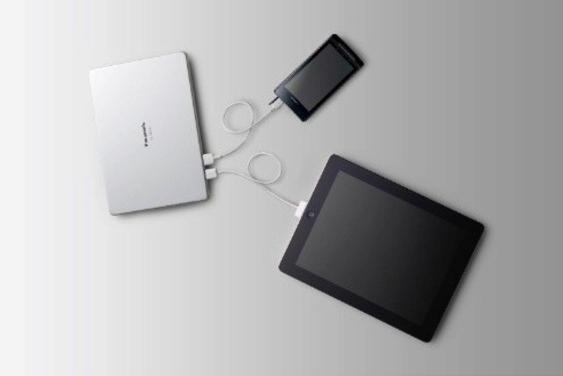 Panasonic announced that it will launch a new series of portable USB Mobile Power Supplies as auxiliary power sources for mobile devices, such as smartphones and tablet PCs, on May 28, 2012, for the Japanese market. The highest-capacity model in the series, QE-QL301, can provide enough power to fully charge a smartphone four times on a single charge, which would be twice the capacity of the company’s current model.

The new series of Panasonic USB Mobile Power Supplies consists of eight models ranging from lightweight portable models to high capacity models. The high-end QE-QL301 offers a minimum capacity of 10,260 mAh and has two USB ports allowing it to charge two devices, such as a tablet PC and a smartphone.

The new lineup also includes three contactless models that can be charged wirelessly using Qi technology, the global standard for wireless charging. As they can be also charged via USB port or AC outlet, they offer flexibility in charging.