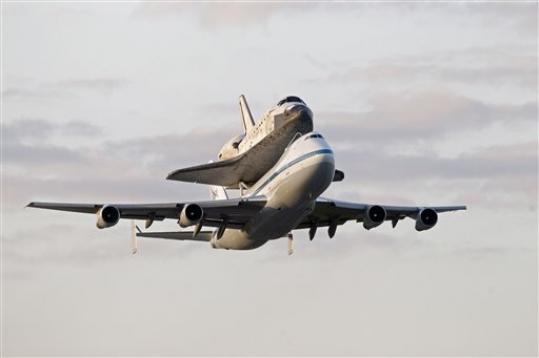 The space shuttle Discovery yesterday made a low-altitude pass over Washington D.C. on its way to its final resting place at the Smithsonian Institution. National Geographic visited Kennedy Space Center’s Orbiter Processing Facility prior to the flight and capture some 24 360-degree gigapan images during the decommission process. You can virtually tour the cockpit, mid-deck, underbelly, and toilet via the detailed interactive images, zooming and panning to get a close-up view of the controls, as well as read overlays that describe the various components.