With finally Mozilla officially launched the Firefox 18 for Windows, Mac, Linux and Android although the download link we shared which is available through Mozilla’s FTP yesterday, the new version come equipped with a new JavaScript compiler, preliminary WebRTC and Retina support (on Macs). The new version can be downloaded through Firefox.com if you want to download officially while the Android version also been updated over on the official Google Play Store. 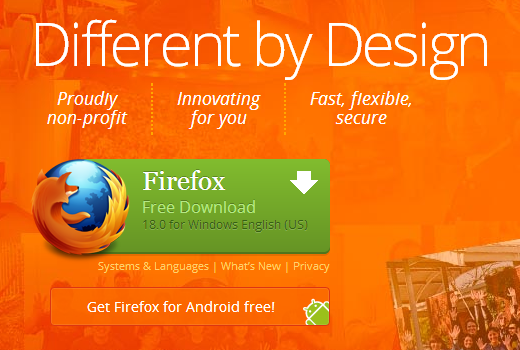