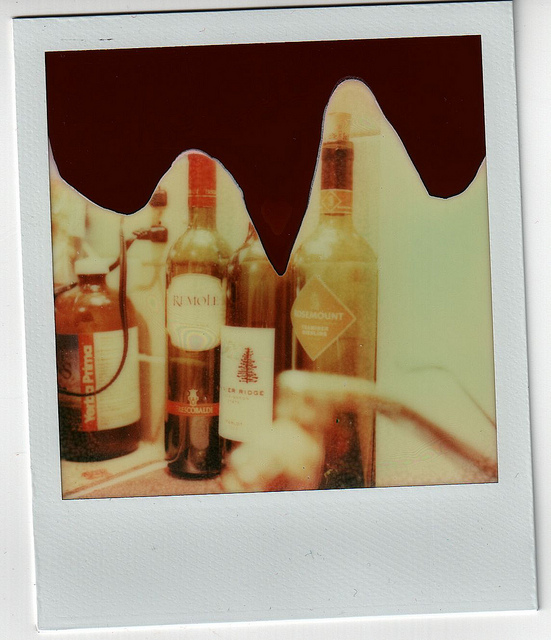 Morgan Stanley, an acclaimed global financial company, recently stated in a report that in 2012 the wine supply on a global level merely exceeded demand. As far as the pace of wine production is concerned, they additionally highlighted that a shortage will soon forestall the market. The statement is trying to suggest that now it’s the best time to stockpile wine in order to avoid paying for it later on.

It’s time to invest in wine

France is not the only country that’s suffering from an upward whine shortage. The whole world is going through the exact same thing, says the Morgan Stanley Research report. The problem is the shortage is not getting any better. In 2012, the wine supply on a global scale barely exceeded demand. Fine-tuning the demand in order to incorporate non-wines has lead to an undersupply of nearly 300 million cases. This shortfall is the largest in roughly 50 years.

If nothing changes, we’ll most likely witness a global wine shortage that can’t be avoided. Current information suggests that there’s not enough data to meet demand in the following years because most current vintages have already been released. Since the 1900s, the wine consumption has been rising on a global scale with almost no interruptions (except for a short period from 2008 to 2009).

China and the United States have been drinking a lot of wine in the past decades and they don’t seem to stop any time soon. The US gathers about 12% from the world’s wine supply, and it has witnessed how it consumption per capita doubled after the year 2000. China – the world’s 5th biggest import market – managed to double its consumption 2 times over the past 5 years.

The world’s production of wine can’t keep up with the continuous demand. Outputs have gradually decreased in most popular regions, and ever since the 2000s, the overall global production has been declining. We won’t experience great wines any time soon, because the peak of the wine production already happened in 2004.

Surprisingly, 2013 has been an excellent year for winemakers since the poor weather triggered a weak harvest back in 2012. Based on the International Organization of Wine and Vine, the global wine production managed to increase significantly in 2013. After 5 modest years and a really weak harvest in 2012, the wine production can finally be qualified as rather high. The world’s production of wine is boosting considerably taking into account the extremely low quantities vinified in 2012. In spite of a persistent decline (15,000 ha in 20130), the market has gone back to its levels from 2006.

The average growth rate in the US and in the southern hemisphere has been slowed down. With a total loss of roughly 300,000 ha, 2013 was still a significant year due to its productivity that keeps increasing in spite of the sudden stop triggered by unfavorable weather changes in 2012. In the 2013, the world should be able to produce a total number of 281 million hectoliters of wine. In Europe, forecasts additionally highlight an increase in wine production. In Spain for example, the rise exceed 23% compared to 2012, while in Portugal and France the increase only managed to attain 7%.

What to expect in the future?

Overturning the current trend might call for a sole, powerful harvest. China and the US alone are estimated to shell out roughly 400 million wine cases by 2016. What will happen to the supply? Europe suffered from the steepest wine production decline (25%) so it might have to reserve its current bout of bad harvests in order to keep supplying main countries around the world. After all, Europe still makes 60% of the total quantity of wine spread around planet.

Although we’re going through a wine shortage on an international scale, this doesn’t mean buyers can’t make a lot of money in the investment-grade sector. You can also check wineinvestment.com/ for more details. In the wine industry, the small portion of an overall worldwide output (mostly Bordeaux) is considered a liquid investment that’s viable and extremely qualitative not just quantitative.

In a recent report for Bloomberg, it was mentioned that the Liv-ex Fine Wine 50 – which is the online wine exchange index in London that’s responsible for tracking down the ten most recently attainable vintage wines – has decreased for 2 consecutive quarters due to the poor demand in fine wine back in 2012. In terms of worldwide production, there’s no doubt that 2012 was a lousy year to make and invest in wine. Still, that doesn’t mean that Bordeaux wines from that year won’t sell. On the contrary, now that the supply shrinks with every year that goes by, collectors and investors will appreciate the product more.

A recent report in the Wall Street Journal advises wine lovers and collectors to start building their Bordeaux stocks right now. Heavy rain and hailstorms destroyed famous winemaking regions in 2012.  The end result was a 19% decrease in production, not to mention that growers have mentioned it was the smallest wine harvest in roughly 20 years. Whether we like it or not, the wine making business depends on the weather. Sometimes, the weather is not with you and the end result can be devastating. We still can’t predict what will happen in 2014; nonetheless, it’s good to know the market first and then assess if it’s worth investing in fine wine or not.