According to RepairLabs Blog, a leaked photo of the Apple’s iPad 3 inner shell is out that indicates that there might be some tweaks made to the current version of the iPad – most importantly from the leak picture it is confirmed that iPad 3 may have a longer battery life, according to the blog which cited its sources in China. 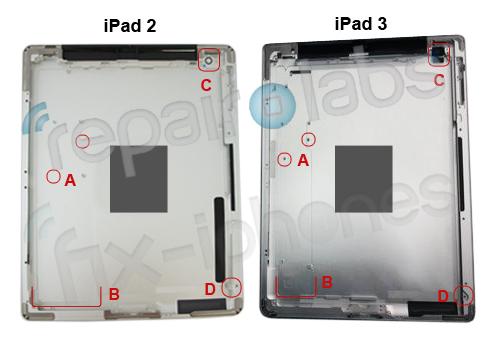 The report also states, “the housing itself did not seem thicker on the iPad 3 than it does on the 2.” Adding to this, “So far the screen is not out there yet. That could mean that the finished product has not been signed off or that it is being kept top secret.” Well a lot to come still on this, as iPad 3 is most awaited version and the speculations are already rounding up in the market with the add-on leaks from time to time.