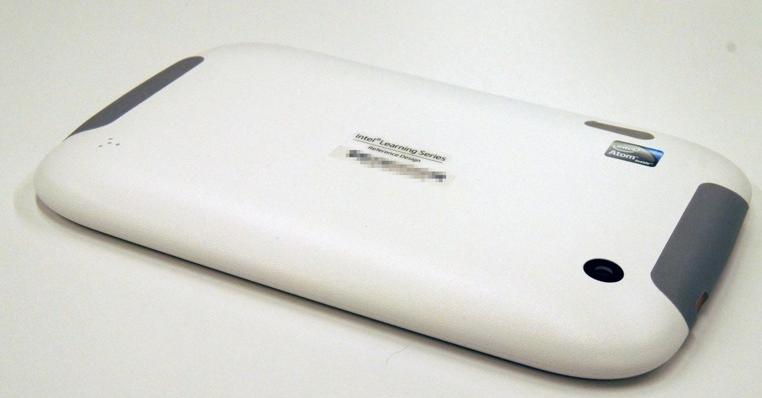 Intel has unveiled a reference design for the Intel Studybook, a 7-inch tablet that will run Windows 7 or Android 3.0, and come with specialized educational software. The reference design calls for a 7-inch screen with a 1024×600 resolution, an Atom Z650 processor, a minimum of 1GB RAM, front and rear cameras, and a versatile port loadout including microSD / SIM slots, USB 2.0 and HDMI. The tablet is also built to withstand abuse: it’s built from plastic, weighs 1.2-pounds, and Intel says it can withstand 2.3-foot drops. Engadget reports that Intel believes manufacturers who use its design could sell the device for $200 or less. The Studybook will also include a software package, including the Kno e-reader app and the LabCam suite of science software.