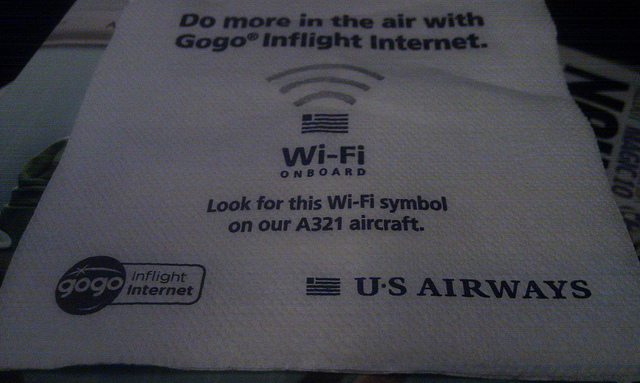 Being able to use high-speed Wi-Fi when we’re on the road, in the air or even on the water could be a possibility as early as next year thanks to new plans to use advanced satellite technology.

The news comes as communications regulator Ofcom is proposing to license a new satellite system for aircraft, ships and trains which can be used for entertainment devices or communication equipment.

The system would work using Earth Stations on Mobile Platforms (ESOMPs) which can deliver connections up to 10 times faster than those currently available to travellers, and the use of ESOMPs has excited several satellite companies, who have said they are willing to launch networks that support the technology in the coming months.

The possibility is exciting news for those who love to download films, browse the internet and talk to their friends while being on the go who are frustrated at the moment due to the lack of technology or the reluctance of authorities to allow usage.

Imagine being able to watch films through Netflix, enjoy live sport or have video chats with friends 35,000 feet over the Atlantic Ocean.

Until now using any form of device which uses the internet has been extremely difficult when travelling, especially in the air, and as yet Britain’s airlines have not indicated whether they would use the technology.

Several airlines have experimented with the idea of allowing phones and tablets to be used on board; but the idea has never really caught on across the board. This announcement could well be the catalyst that makes on-board Wi-Fi an everyday occurrence.

One of the few airlines to roll-out Wi-Fi on their flights is American carrier Delta, who tells their customers that turning off doesn’t mean you have to disconnect; and that passengers can check email, post updates on Facebook or shop online – as yet this doesn’t seemed to have caused major problems during flights and is certainly welcomed on long haul journeys.

British Airways’ in-flight entertainment and technology manager, Richard D’Cruze, said the airline was “closely monitoring developments in the connectivity market in both the satellite and direct air-to-ground technology areas”.

How much airlines and train companies would charge passengers for usage is not known, but it is feared that expensive installation charges could well be passed down to the customer in the long-run.

Andrew Ferguson – editor of broadband information website thinkbroadband.com – told the BBC, “The inevitable higher costs for new systems may be passed on to data-hungry passengers, who would instead choose to rely on various 3G and 4G mobile options.

“The parts of the UK that might benefit the most are those train services in rural areas where 3G connectivity is currently very poor or non-existent,” he added.

The Federal Communications Commission (FCC) in the US has already authorised the use of ESOMPs, prompting many to believe it’s only a matter of time before others follow suit.

The news may be hard to take for passengers who currently enjoy the seclusion and peace of a long haul flight or boat journey; with lengthy and loud phone and Skype conversations now a distinct possibility.

“If the consultation does result in the roll-out of this satellite based mobile connectivity, with its stabilised satellite dish system, the totally connected world vision will be one step closer, and passengers on aeroplanes may have to endure the loud telephone calls of others who have VoIP, Skype or similar on their phones,” explains Mr Ferguson.

About the Author
Matthew Christ

Matthew Christ has contributed this guest post article on behalf of Concept CAD who offers pcb design to businesses while being one of the only bureaus in the UK.