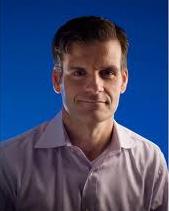 Jha was working with the company in a position since 2008, after being brought in to replace Tim Armstrong whereas Woodside on the other end left his position as SVP in order to oversee the merger of the companies – the decision is still not yet finalized but he was seems to be the front runner.

Google is in the process of acquiring Motorola Mobility, after it has being approved by both US court and European Union, now awaits China’s approval. The acquisition is said to be of $12.5 billion – it is expected that the deal was done by August 15th and announced.