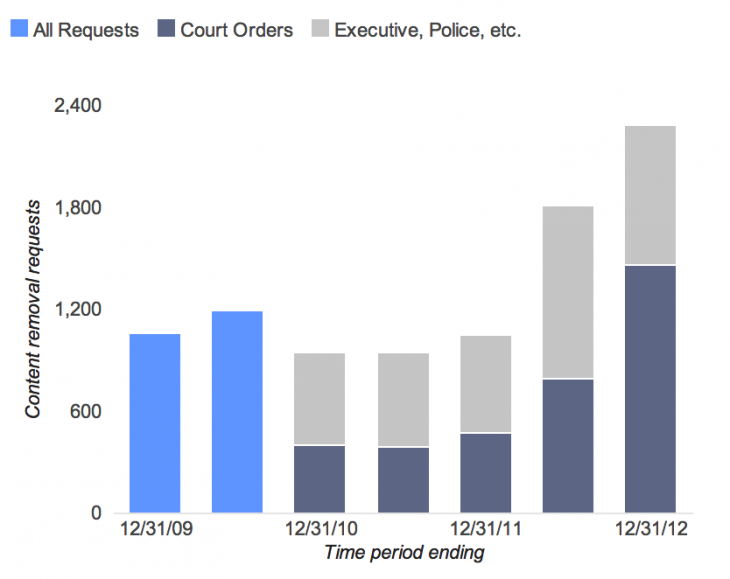 Google also noted that the following three “occurrences” which happened in the second half of 2012: