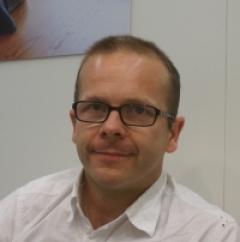 Apple today added another high-profile executive to its kitty – this time the company has Robin Burrowes to help lead its marketing efforts for the App Store in Europe. Prior to joining Apple, Burrowers worked at Xbox for seven years and was in charge of Xbox Live – he was one of the executives promoting the Xbox latest dashboard update.

MVC notes that Burrowes is the latest in a line of high-profile British games recruits that Apple has made to its team. Former Nintendo PR boss Robert Saunders joined early last year, tasked with promoting apps on iPad, iPod and iPhone. At the same time, former Activision, EA and Xbox PR boss Nick Grange joined Apple to focus on PR for the hardware side of Apple’s business. It’s also the second European executive hire for Apple this year after the company announced this week that former Dixons CEO John Browett will head up its retail operations worldwide.