The photo-sharing service Flickr has announced a new Groups feature through its blog which includes even a Justified View, the ability to submit photos directly to Groups via the Uploadr as well as brand new API methods for developers. Talking about the Justified View, it looks like pretty damn amazing as compared to what’s on the chart to offer. 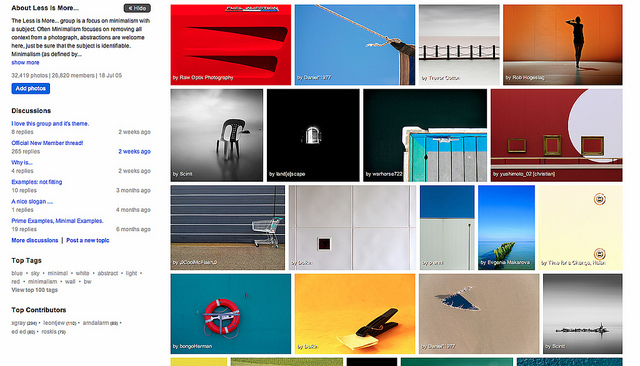 The service also now allows its users to submit photos directly to groups’ right from its Uploadr. For doing this, simply click on “Add to Group” in the editing panel to access your existing groups. From that point, your photos will be sent to the group immediately as they’re published on your photostream.

Also, the Flickr team has released several new API methods for developers allowing them to “enable [Flickr] members to interact with group discussions such as reading topics and replies, and posting to group discussions.”