According to Cisco, worldwide mobile data traffic will increase 18-fold over the next five years period, reaching 10.8 exabytes per month – or an annual run rate of about 130 exabytes by 2016 -the expected sharp increase in mobile traffic is due, in part, to a projected surge in the number of mobile Internet-connected devices, which will exceed the number of people on earth (2016 world population estimate of 7.3 billion; source: United Nations). 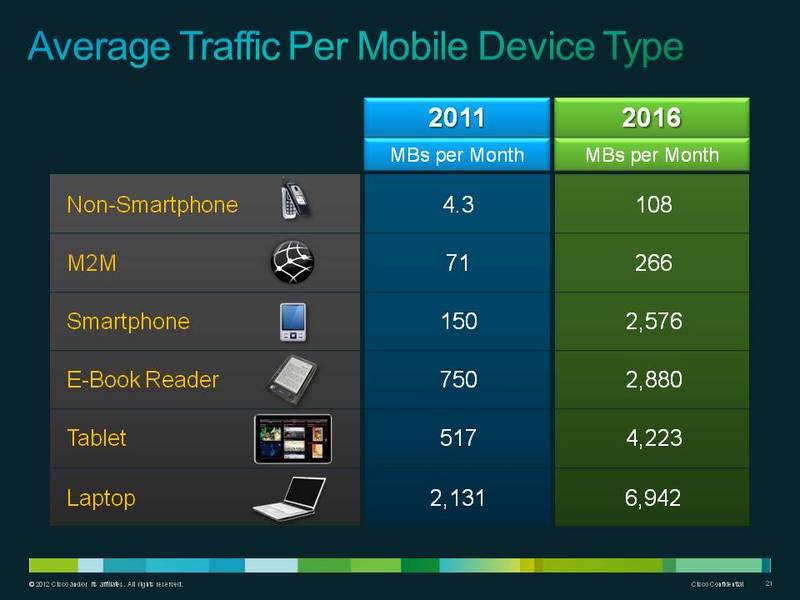 The Mobile Network Through 2016: