What it would be said to, if an underdeveloped app will make it to a new operating system – I am talking about Windows 8 Consumer Preview and the app is called as “Maps”, runs on Bing technology to providing mapping tools for operating system. Interesting to note here is that the software giant let the developers to use Bing’s mapping technique in the application – going at that extent, the company has put up a new SDK for use by third-party developers. 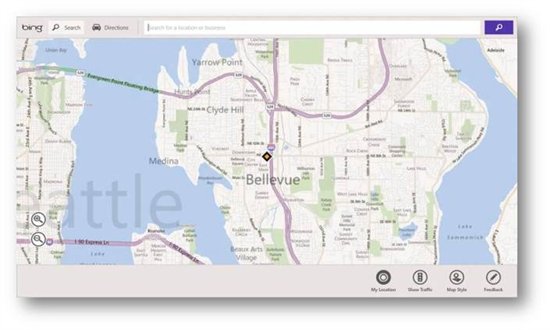 Microsoft is allowing the free use of Bing Maps controls and APIs but limiting it only for Metro style apps over the period till Windows 8 released. Over the top to note the thing, the new SDK must constitutes a new JavaScript that will allow you to solve issues that the normal Bing tools has with Window 8 Metro Style format. The SDK can be found here, if you wish to go through it.