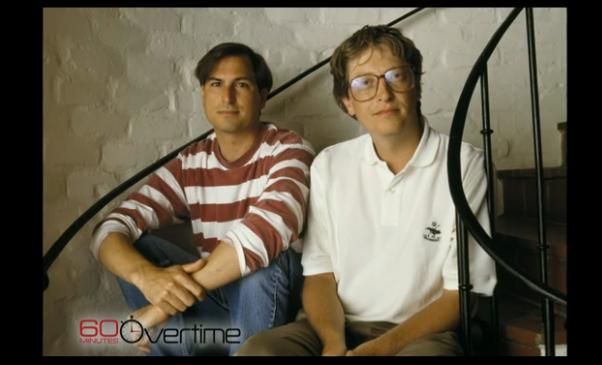 Microsoft’s chairman Bill Gates in an emotional interview on “60 minutes” Sunday said that Apple’s late Steve Jobs was better at design as compared to him. Gates said that the duo had talked about what they had learned as well as about their familiar. Gates got emotional when speaking about Apple’s Steve Jobs.

Talking about business, Gates said that Apple “put the pieces” all together on tablets while Microsoft didn’t. On asking Gates about what Jobs wished he’d had, Gates said, “His sense of design, that everything had to fit a certain aesthetic. The fact that he, with as little engineering background as he had, it shows that design can lead you in a good direction. And so phenomenal products came out of it.”

“Jobs and I, in a sense, grew up together,” said Gates. “We were within a year of the same age, and we were kind of naively optimistic and built big companies. And every fantasy we had about creating products and learning new things– we achieved all of it. And most of it as rivals. But we always retained a certain respect and communication, including even when he was sick.”